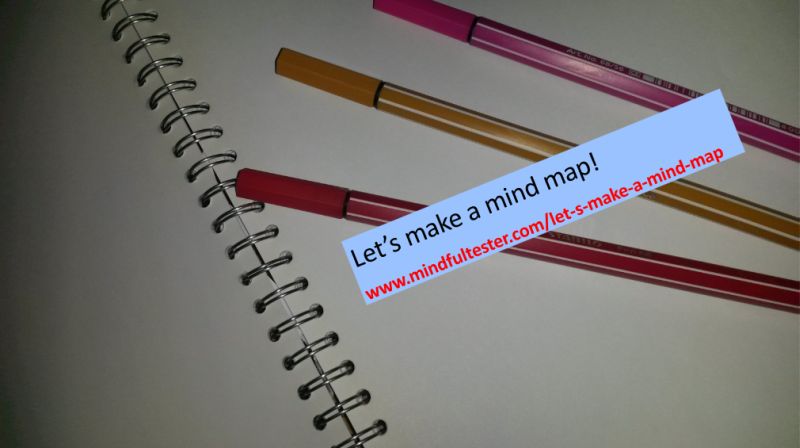 On September 11 2012 I held a workshop about Mind mapping and Testing at 8:15 PM. TestNet, the Dutch Special Interest Group in Software Testing, was the organiser of the evening. The people in the room had worked a complete day, had dinner, and enjoyed an engaging introductory workshop about Mind Mapping by Ruud Rensink. It was time to start my workshop.

“A few years ago the World Championship Table Tennis took place in Rotterdam. Do you know a name of a player?” People let their shoulders hang. Then a member of the audience said: “Erik van Veenendaal.” I continued with “Who does know Erik van Veenendaal? ” 70% of people raised their hands. The remaining people looking puzzled, probably thinking: “Erik Who?”

“Erik van Veenendaal and I were in the Belgium and Netherlands Testing Qualifications Board.” My red laser point was on the board name, which was shown on the screen. “Erik van Veenendaal said: “We have to write a letter. Let’s make a mind map.” Meile Posthuma and Rik Marselis were requested to make one.” In the back of the room Rik sat straight up after hearing his name. “I saw the mind map and it was interesting. That’s why I bought this book.”, while showing a book of Tony Buzan.

On LinkedIn I was linked with Erik van Veenendaal. A few years earlier I got the surprising update, that he was participating in the Table Tennis World Championship. This was so strange, that I still remembered it.

In the Dutch Test community Erik van Veenendaal played an important role. He is an author of several books about testing, which are used by Dutch testers. 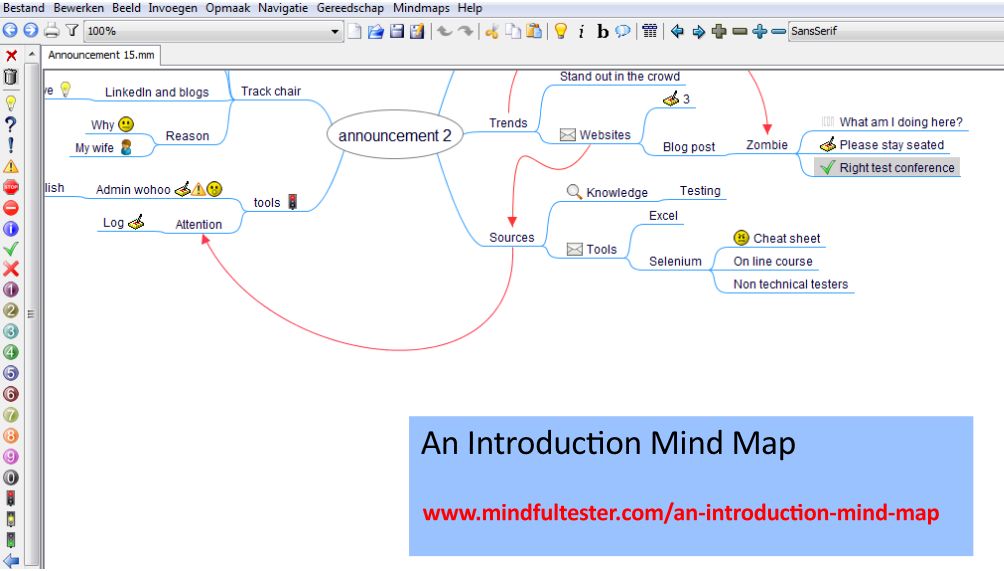 In 2013 I was asked to be the  track chair of a tutorial of Alan Richardson at TestNet Najaarsevenement. I agreed. This was, how I introduced him.

Remembering after one and half year using a mind map

“Welkom, mijn naam is Han Toan Lim. Dit is de workshop The evil tester’s guide to http proxies. Because the speaker does not understand Dutch, I will continue in English as a courtesy.

One of the trends these days is to stand out in the crowd. Alan Richardson has three websites. On one of the website there is a blog post about zombies. You might be wondering: “What am I doing here?” Please be seated. You are in the right test conference. The websites are sources of knowledge about testing. There are courses about Selenium.

A log in one of the blog posts drew my attention: “Admin woohoo”. In plain English it means, that he could modify anything at the end of the test session. If this would happen in our systems it would be unacceptable for our stakeholders and our customers.

My wife asked me, why I became track chair. On LinkedIn and his blogs I discovered his genuine love for testing and coaching. It is no big surprise, that he won the award for the best tutorial on EuroStar in the capital Amsterdam. Now I leave you in the good hands of Alan Richardson.”