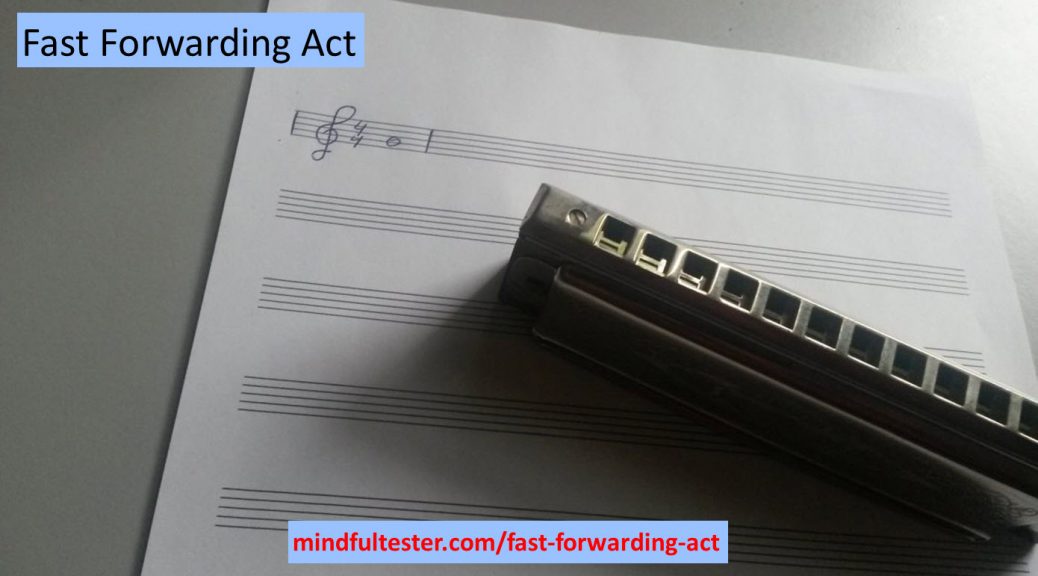 Decades later I was combining Test Driven Development with test automation. According to me it was feasible.
Like the British would say:
“The proof is in the program.”

I had finished Arrange and Assert. The next step was to get Act in place.

Inserting Act between Arrange and Assert

Now I had made code for a situation with no credentials. I had not entered any user name and password, so I did not get access. This seems fair enough.

I programmed my steps using Red Green Refactor, which are used in Test Driven Development. Do You Want To Make Some Test Code?
[On the melody of “Do You Want to Build a Snowman?”]

My first step for Act was to enter the user name.

Red:
the failing test was that no user name was entered. I could see, that the user name field was empty.

and additional code for setUsername.

I executed the code. The user name field contained “tomsmith”, so I passed my test.

Refactor:
clean up code was not needed.

My second step for Act was to enter the password. Another round of Red Green Refactor was needed.

Red:
the failing test was that no password was entered. I could see, that the password field was empty.

Then I put in additional code for setPassword in the LoginPage class:

When I used the test code, the password field was filled. I made enough code to pass my failing test.

This piece of code had another effect: a green mark was shown in my programming tool. My Assert was also right: my Selenium web driver was successfully logged in.

I also most had my Act together. One more step.

Refactor:
clean up code was not really needed. Maybe I could have deleted the empty line.

There are people who would suggest to automatically check every step in Arrange. Of course this is possible. Here is another piece of code:

So the Test in Test Driven Development can be performed on view or automatically.

Overview of TDD in Test Automation

At a low level I have small building steps: Red Green Refactor.
These steps orginated from TDD or Test Driven Development.

At a high level there are three construction phases for automatic tests:

For a construction phase I could use one or more cycles of building steps: Red, Green, and Refactor.

Most of the time I use them in a chronological order. I start at the beginning of Arrange and work slowly to the end of Arrange. It is the same with Act. For Assert I change the order, because Assert works as expected in a specific situation. In this case I start at the end and work my way back to the beginning. My whole approach for TDD in Test Automation can be summarised as follows: The main reason to make an Assert before the Act is to assure that my Assert can provide me information about the wrong situation. More information can be found in my previous blog post.

Here are some questions, which I asked myself after several sessions of deliberate practice. Some of my answers are based on practice. Other answers are theoretical, which have to be tested in practice.

Q: If I have a form with 9 fields, do I have to check whether Selenium Webdriver has entered the right values?
A: Some reasons for checking the contents of the fields are a change of the user interface and screen flow by filling the key fields properly. Examples are extra entry fields popping up or warnings about format shown to the user.

Q: Are there reasons to skip the checking of all 9 fields?
A: If the user interface will not change much. Another reason is that you do not want to test the Selenium code. A third reason is time saving.

Q: Is there an alternative for an automated check of field entry?
A: Yes, I can view changes with my own eyes. Or demonstrate my code to someone else.

Q: You use Arrange, Act, and Assert. You could also use Given, When, and Then. Why do you prefer the first ones?
A: I expected the question. For the people unfamiliar with this construction I edited the first section

Q: You mentioned time saving. Why would it save time to skip tests?
A: If I give directions for a walk in Amsterdam, it is along the lines:
“First street right, 3rd street left, etc.”

Let me write a little more about the directions to walk from the Rijksmuseum to the Palace in Amsterdam.
The Palace is situated on a dam. The Dam – yes seriously – is a place with buildings around it.

Of course readers might object:
“How are you sure you are looking at the right building?”
In my previous blog post I wrote, how the tourist could Assert this:
it look like a grey huge townhall with a dome.

Why should I not practice TDD in test automation?
It is a weird idea. Like TDD.

“No one is stupid enough to be a competitor. For about a year.”
Kent Beck about Explore at YOW! Conference 2018.