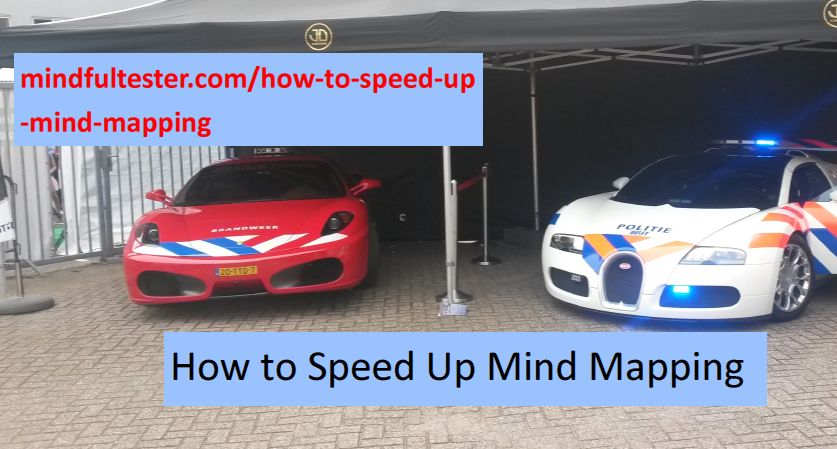 A few days after giving a brief introduction to mind mapping I met one of the attendees. The test consultant told me, how she used mind mapping during an interview. The most remarkable sentence I still remember, was:
“Excuse me. I have to change my marker.”
She had paper and enough colour markers. But not enough time.

Mind maps made by beginners often lack colours and pictures. These errors are so basic, that I should point them out. You might call it Standard Teaching Mode. My first mind map teacher had a refreshing look: if the mind map serves the purpose, then it is all right.

Years ago I found an intriguing question on a mind map forum:
How can you make mind maps for colour blind people?
Colours could not be used in a normal way. So I gave it some thought: Here are other patterns and a way to grow branches: Of course different colours can be used: dark and light colours. For a colour blind person this looks like this: During my holiday I was preparing for my lecture about mind mapping and testing. I had only one pen and a notebook. A multi coloured mind map was out of the question. There was enough time though. I had to wait for a washing machine and a drying machine. I used some of the patterns described above.

Hybrid Mind Mapping
I had a paper with a mind map and a pen. The mind map generated by a mind map program contained test ideas for a test session with the supplier. I could not walk to my desktop to update the mind map, so I extended the image on the hard copy with my pen. I checked the used test ideas and discovered a new one:
“Would you please enter the following input?”
Four people including Yours Innocently saw the program crashing within seconds.

Did you notice that?

The program manager was not pleased, that I interrupted her during the meeting. Her anger increased, when I told, that a test environment was not available on time. So I was drawn in a new meeting.
“You make a short report about this meeting.”, was the undeniable request to me .

Minutes later two managers were discussing a test environment in the hallway. I had no pen and no paper. My hand automatically reached for my smartphone (Muscle memory in action!). I opened a mind map program and started adding branches with key words. I had enough time.