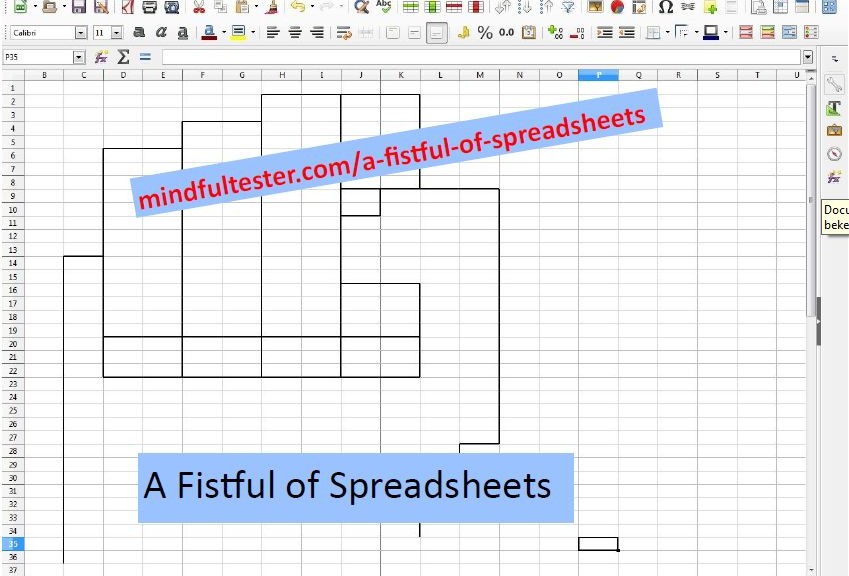 In this episode of Smart Use of Spreadsheets I focus on comparing spreadsheets and an example of basic set algebra. It is time for Techie Stuff.  [On the background a nice tune starts and the smell of hot pizza and cola is entering the nostrils of the reader. That’s you.]

The Mood, the Mad, and the Muggle

Data is useless, unless it is used for other uses than only occupying space on a disk. Computer programs can be used to show the information on screen, but also to tag information. E.g. give me the phone numbers of pizzerias, which deliver at my home more than 6 meters below sea level. (The strange fact is that they do exist in the Netherlands. I say: “Cheese.” )

In this imaginary sanitised example I introduce a program, which compiles a list of all pizzerias in the neighbourhood of my home. It can export the list to a spreadsheet.

In the software development community there are really smart people. Another day I met a programmer, who refactored my pizza list program. The functionality remained the same, but the code was in better shape and maintainable. That last word sounded like music from my smartphone.

So I only had to test it (and like that). You know that thumb sign: =b. But comparing spreadsheets is quite boring and can affect my mood in a negative way (=p). Fortunately I do not have to be a wizard to get this tested fast and fully.

Now it is time to add some smart things in the map:

And finally it is time to determine the results of the test:

For a Few Pizzas More

In this extension of the imaginary situation there was a customer, who wanted to know all the pizzerias in Amsterdam. So he asked my company to modify the program. And of course to test it. So the program will work as follows:

After a while the customer changed his mind he only wants to have one phone number for every pizza brand in Amsterdam. So no more pages of Best Praised Amsterdam United Pizza. Just one line of this brand in the complete list. So the programmer modified the program, that only the phone number, who has the first position in an alphabetical order from Z to A. The first version with complete Amsterdam list was good. This means, that every step was already tested except the tagging.

NB some functions may not be available in all spreadsheet programs.

Who ordered the Q&A?

After three episodes about using spreadsheets in a smart way there is a Q&A for people, who want to get more in depth information.
So Use the For…..m Please.