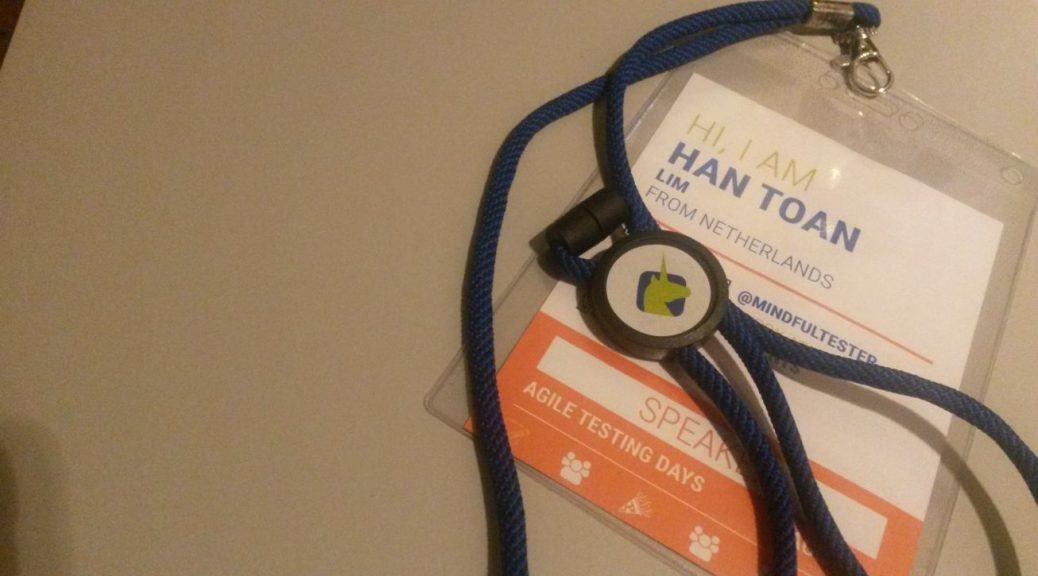 On November 5th I gave a workshop about Exploratory Testing and General Data Protection Regulation. GDPR is an European privacy law.

In the past I wrote about the Code of Conduct. A good set of rules will ensure the safety of the delegates, the speakers, and the organisers of a conference. When enforced.

Therefore I was keen to adhere to this Code. The more diverse people at a conference, the more perspectives being shared. A new perspective is not always out of the box thinking, but natural for some people.

A woman looks different to privacy than a man.

Now I had a dilemma: I had a workshop about privacy. If a name and address would become public, then unpleasant things could happen to certain people.

I remembered a conversation with a white man not realising the consequences of a data breach. So I shared a story with him. It had some impact on him.

But this same trick would have a bad impact on women present in my workshop. So I would not stick to the Code of Conduct.

Imagine being removed from the conference as a speaker. Not good. At all.

It was time for me to mail to Uwe Gelfrich, my contact at the conference. I made a brutal honest warning like:
the workshop contains situations about violence and harassment.

In this way I could still talk about certain situations. Because people were warned in advance.

I agreed.
The warning was set on my abstract on the website.

And I would not use a rant.

During the preparation of my workshop I read a tweet about an anxiety attack of a delegate on a conference. According to me this person was angered about the vague content warning.

I reacted with the following tweet:
“During Global Diversity CFP Day this year I heard about trigger warnings for the first time.

So I did my homework.

I contacted the conference about a suitable and specific warning. It is on my abstract. It will be shown before and right after the start. I will tell it.”

On the day of my workshop I tweeted about the warning. It was retweeted by Agile Testing Days.

During the arrival of the delegates I regularly switched between the workshop title slide and the warning slide.

After the opening I gave a warning and an explicit permission to leave the room. I would not be offended. Then I waited about 20 seconds before continuing.

So this looked like an inclusive opening of my workshop.

Actually no.
I missed some accessibility items which will be covered in the next blog post. Reads like a pretty cliff-hanger.

On the Women and Allies evening a delegate told about a talk with HR. If colleagues would not behave themselves, then they would probably be removed from conferences because of the Code of Conduct.